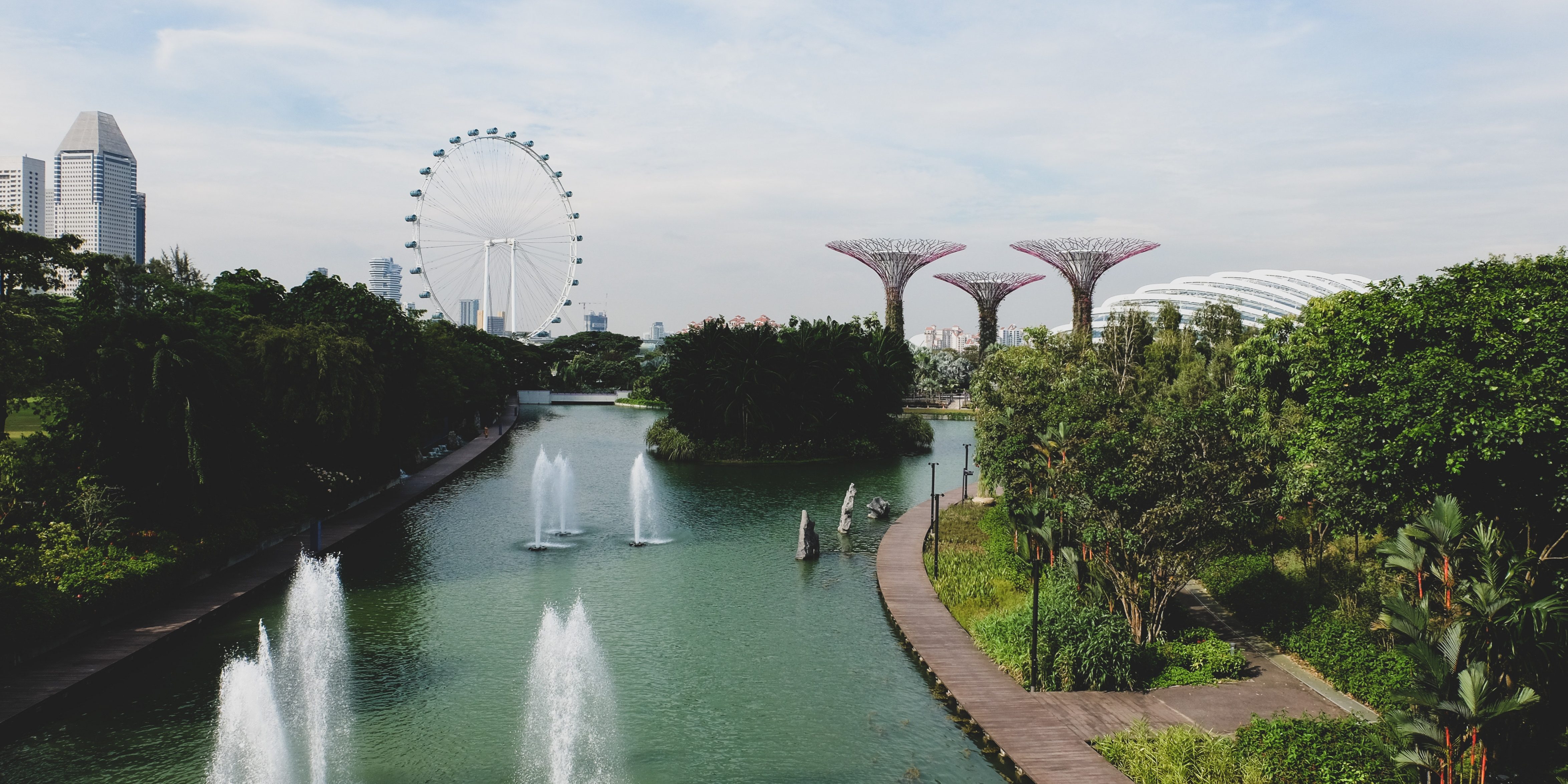 As passionate advocates for sustainable cooling and urban developments, Singapore has become a significant inspiration for us. Although there are some limitations to what the city can do in terms of what they can achieve with overall sustainable technologies [see case study by GLOBUS], we like to focus on the Top 3 developments which affect clean, cool air.

The push to go green extends to building construction since green buildings became mandatory in 2008. Though standards for green buildings vary, they are generally designed to use less energy and water and improve the indoor environment, including air quality. The latter being our greatest passion. With improvements being made in the way we design and construct buildings, there becomes little need for energy-hungry thermal management systems such as air-conditioning. The most widely used certification for green buildings is called LEED (Leadership in Energy and Environmental Design).

Some of the feature’s of a green building include:

Cities produce a vast amount of emissions and waste, putting a strain on both human and ecological health. But our buildings themselves may hold a solution. High-density urban areas—especially those built using green methods in design and construction—can be more energy efficient and pollute less. New research is also revealing that green buildings can actually be good for our health too. —Kelsey Nowakowski

90% of time spent indoors – Workers in green buildings have fewer complaints about air quality and humidity.

Productivity – In one study, cognitive function doubled with enhanced ventilation. 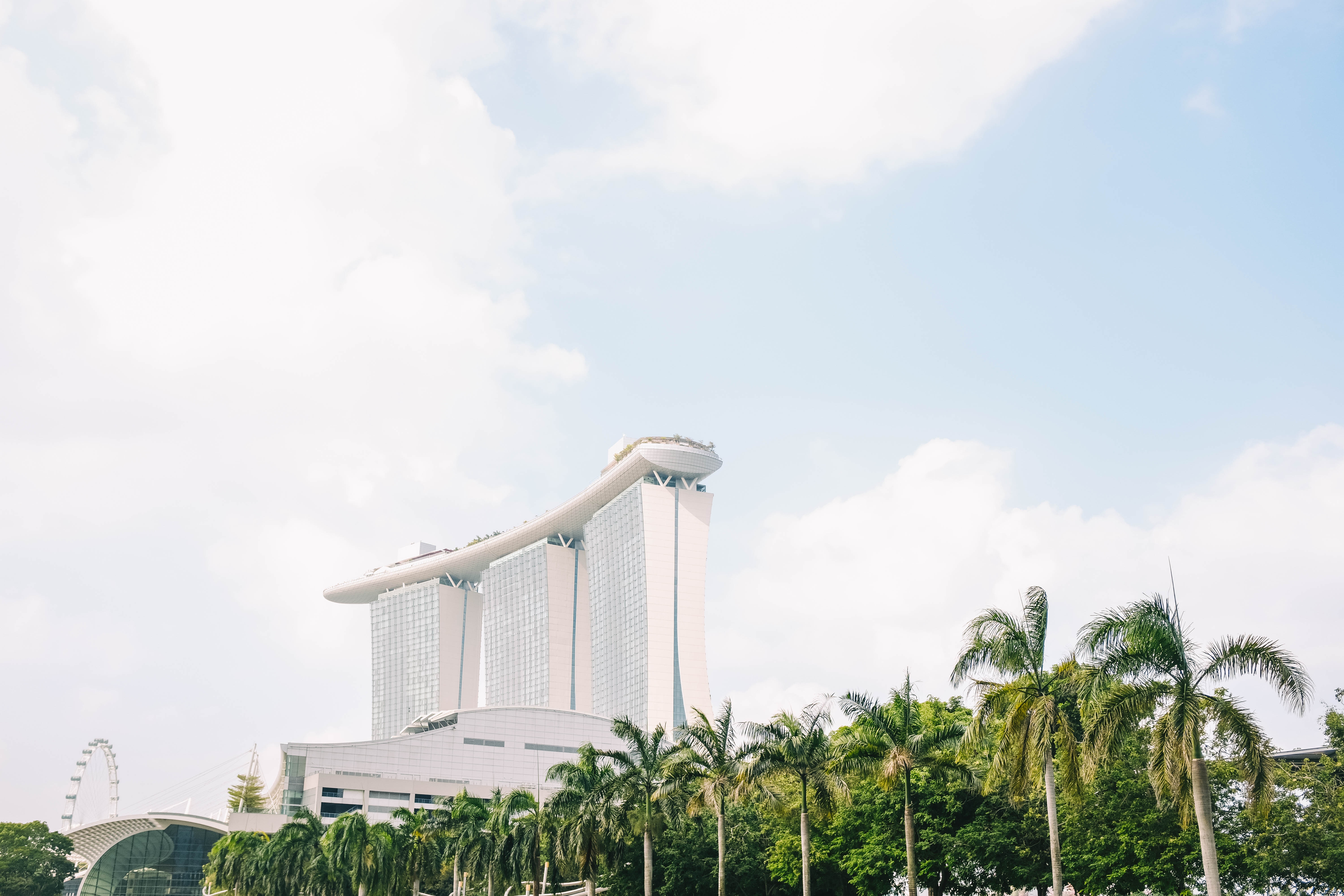 Photo by Adrien Olichon on Unsplash

New developments must include plant life, in the form of green roofs, cascading vertical gardens, and verdant walls.

Nicknamed the City in a Garden, Singapore’s notoriety as the World’s Greenest City is no surprise. Parks such as the Bukit Timah Nature Reserve, the Botanic Gardens and the newer Gardens by the Bay super park are home to around 400,000 plants. The city also has a considerable number of roof gardens and ‘skyrise’ greenery on building facades – in fact, this type of greenery alone has increased from 61 hectares in 2013 to 72 hectares in 2015.

The push for increased city greenery has been encouraged by the Skyrise Greenery Incentive Scheme 2.0  which has assisted in greening more than 110 existing buildings in Singapore by retrofitting them with extensive green roofs, edible gardens, recreational rooftop gardens, and lush verdant green walls since the introduction in 2009.

According to a study conducted by the MIT Senseable City Lab, almost 30% of the city-state is covered by trees and vegetation, which is nearly 4% more than joint second-place cities Sydney, Australia and Vancouver, Canada, which both have 25.9%. 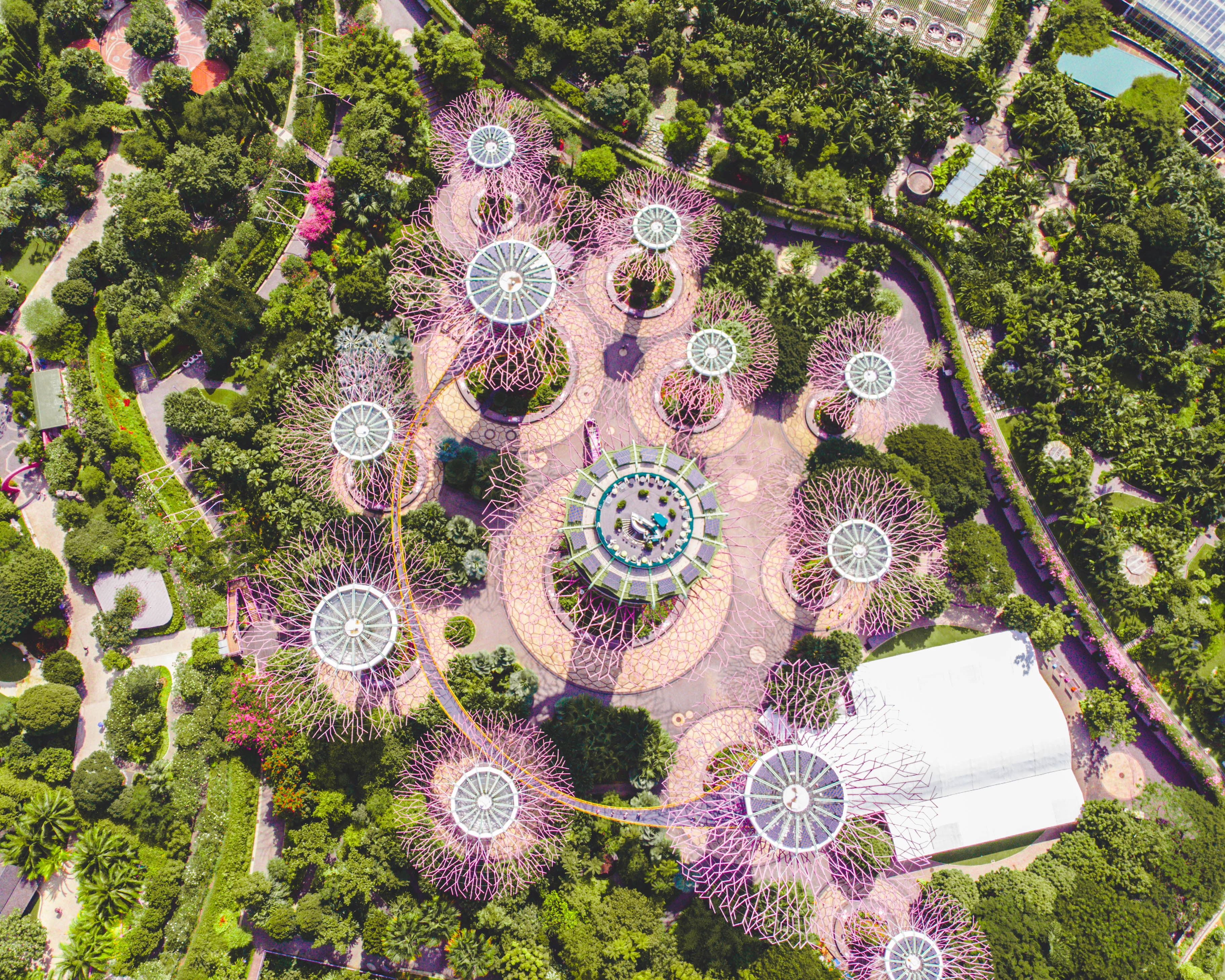 Photo by Victor Garcia on Unsplash

Singapore has also provided a city extension called Marina Bay by creating one of the largest freshwater city reservoirs in the world, and 250 acres of prime real estate has been set aside for the Gardens by the Bay, a “green lung” in the city. Water features can have a significant impact on the environment and those who live within it. For details on the benefits of water-features read our Top 5. Here is a concise list to give you an overview. 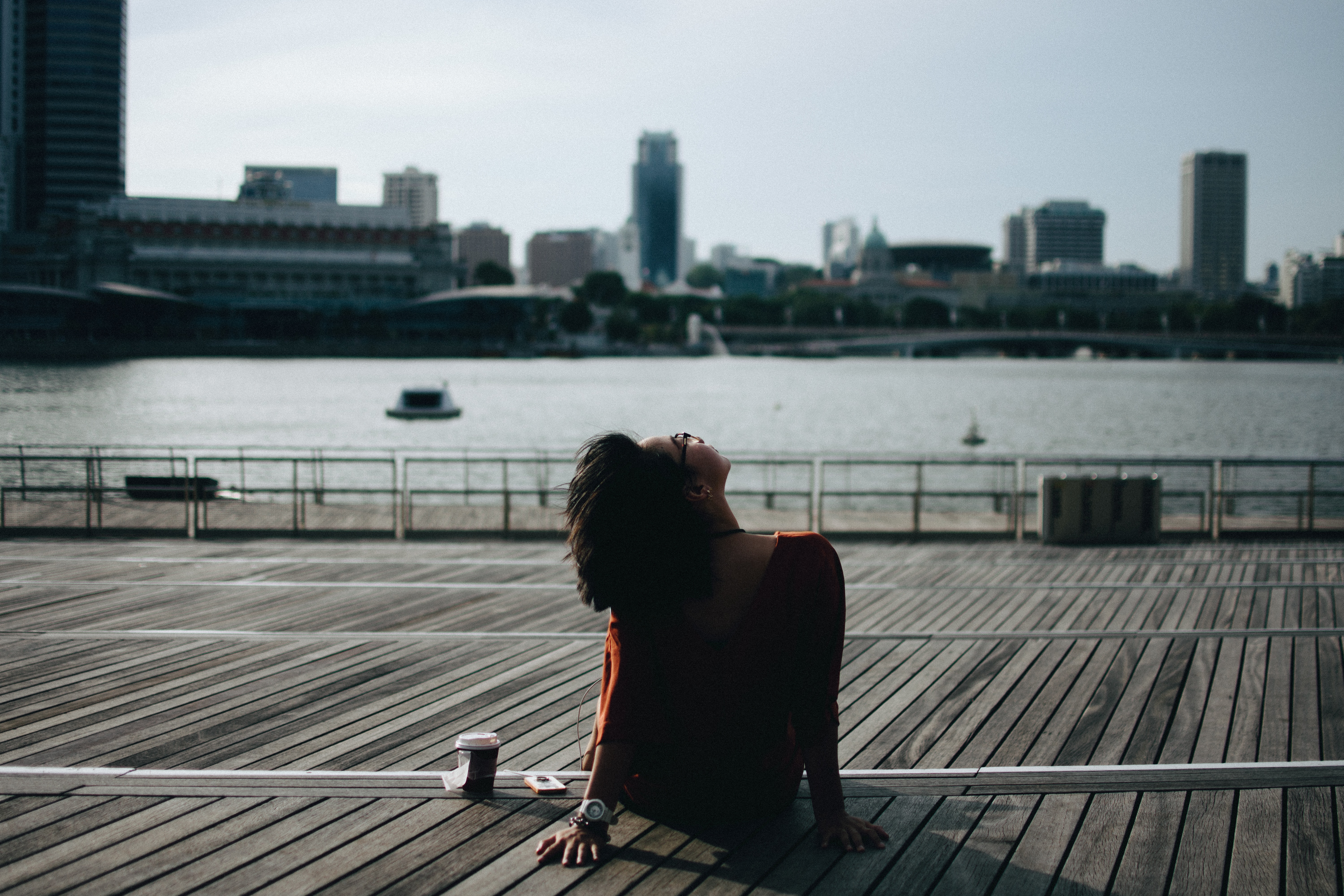 Photo by Luke Ow on Unsplash

Given land constraints, Singapore has no choice but to adopt high-density development. National Geographic conducted an illuminating interview with Cheong Koon Hean, the first woman to lead Singapore’s urban development agency. Much of the vision to keep Singapore both sustainable and livable stems from her knowledge and passion. The veteran architect and urban planner is credited with reshaping the city skyline, leading it into a more sustainable future. Her most notable landmark projects include the entertainment quarter Marina Bay and the waterfront residential district. Cheong is now CEO of the Housing and Development Board, which builds and manages public housing for most of Singapore’s 5.6 million people.

When Singapore became independent in 1965, we were a city filled with slums, choked with congestion, where rivers became open sewers, and we were struggling to find decent jobs for our people. We had limited land and no natural resources. In the short span of 50 years, we have built a clean, modern metropolis with a diversified economy and reliable infrastructure. Our public housing program has transformed us from a nation of squatters to a nation of homeowners: More than 90 percent of our people own their homes, one of the highest home-ownership rates in the world. – Cheong 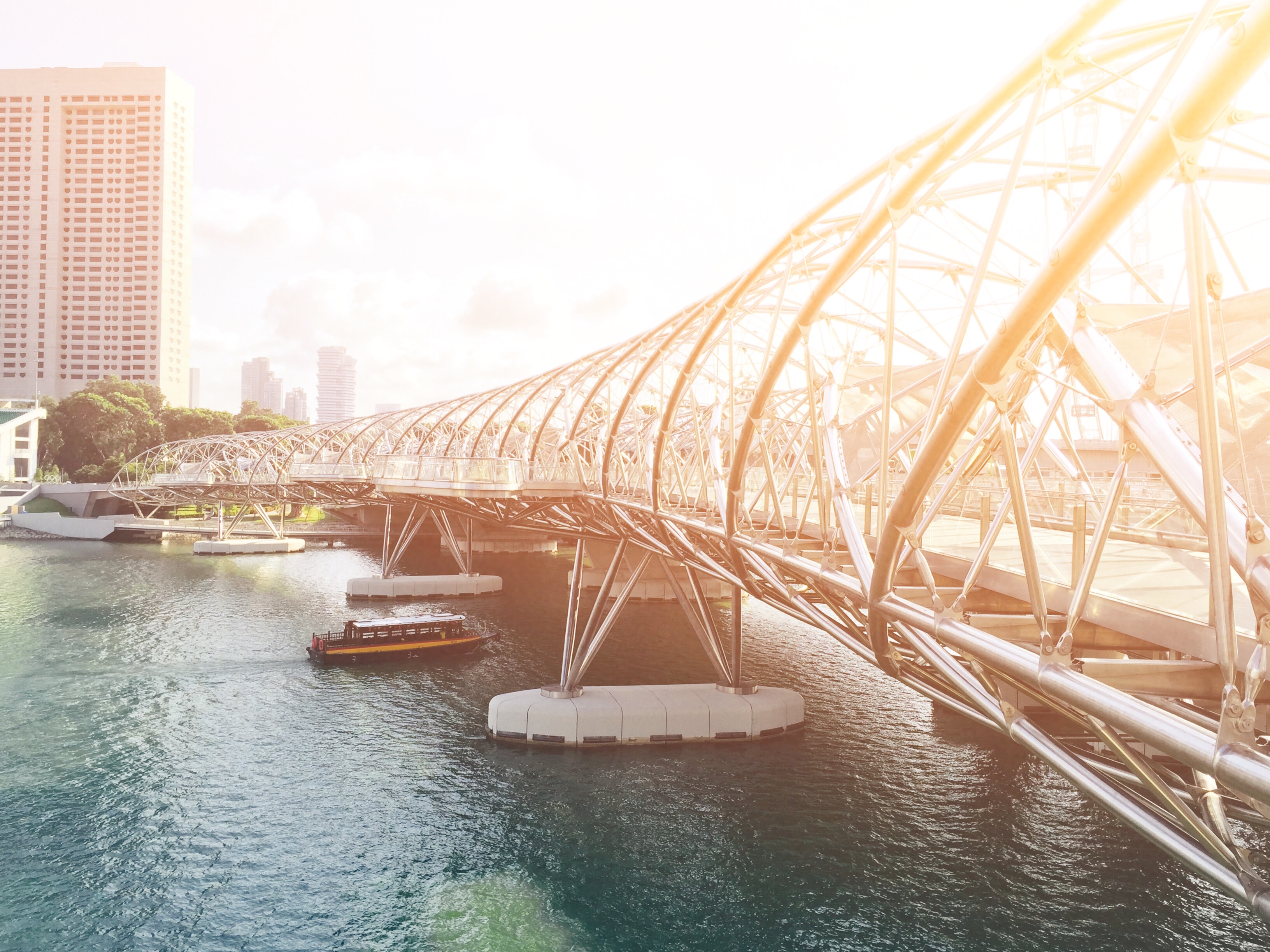 Photo by Khendi Lee on Unsplash

They are also connecting our many parks into a network. Some hill parks are linked by iconic bridges, another example of how we create the illusion of space. As this park connector expands, Singaporeans will have access to a few hundred kilometres of cycling and walking trails throughout the island—they’ve already spawned a new cycling culture.

At its essence, livable density is about creating quality of life despite that density. – Cheong

Within the public housing estates, Singaporeans build homes, start families, and form strong bonds with their neighbours. Community spaces and town plazas have been consciously built to create those gathering places, including “three-generation playgrounds” and fitness areas to encourage interaction between residents of different ages.